This is part of the blog series for Object Detection with R-CNN.

So, roughly speaking, the selective search has two steps:

I will go over the details of each step one by one. The codes here are based a lot on AlpacaDB/selectivesearch's Github account. So please credit them when you use codes in this blog.

Reference: "Object Detection with R-CNN" series in my blog¶

Reference: "Object Detection with R-CNN" series in my Github¶

J.R.R. Uijlings's graph segmentation is an unsupervised method to partition the image into several regions. It uses the graph representation of an image. In graph formulation, each pixel intensity is vertice and the pair of the adjacent pixels is edge (See Figure that I took from Shih-Shinh Huang's youtube tutorial: quarter DIP Efficient Graph Based Image Segmentation).

Weight measures the strength of the edge, and the absolute difference of intensities is used as a weight. Then the pixels should be combined into the same group with the idea that: 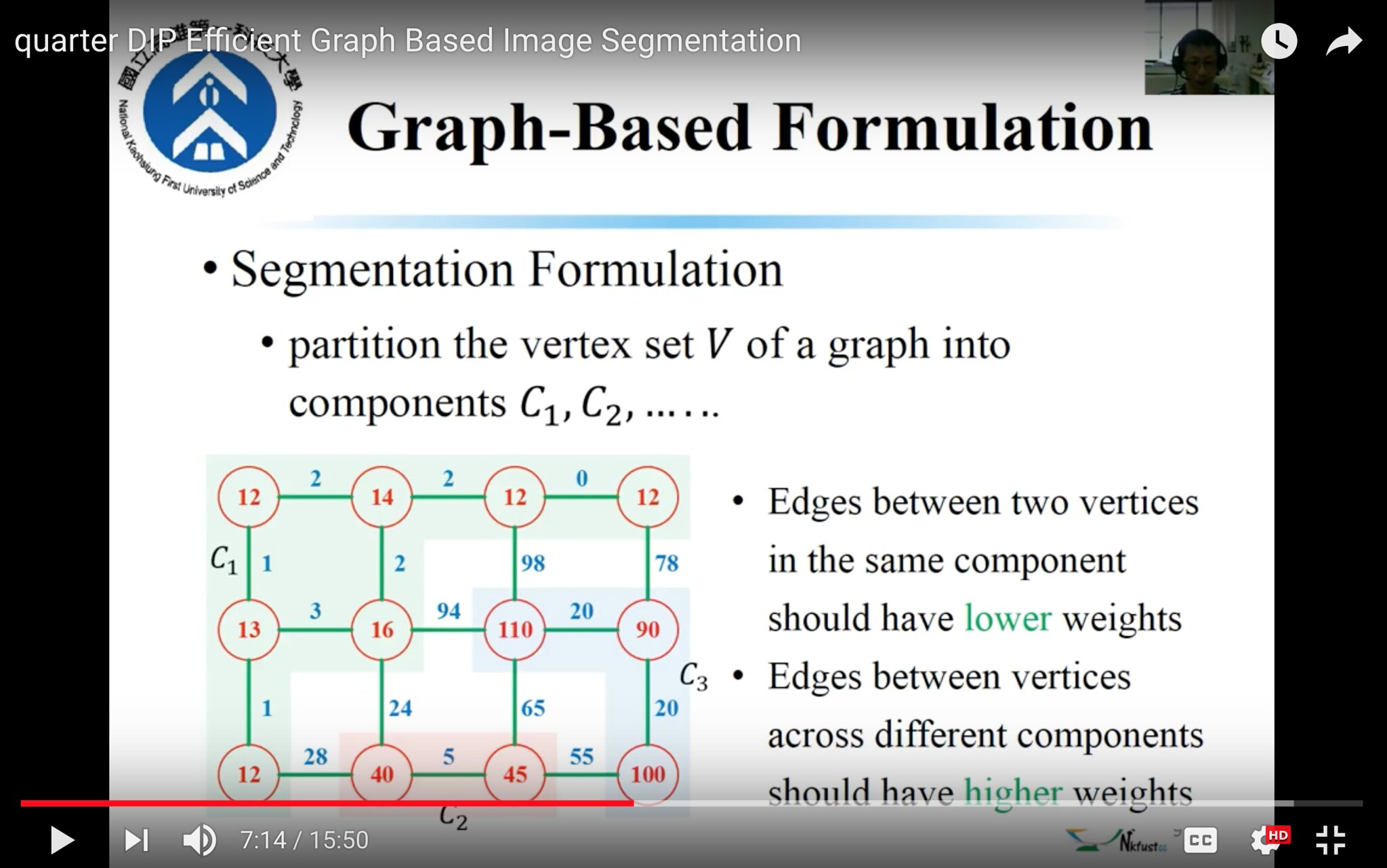